David Goldman is an amateur photographer, who always loved to take pictures. One day, he went to Los Angeles Photography School to study more about taking pictures. Everyday, David commutes on the crowded trains, but trained and learned better in the academy so he can achieve his dreams on becoming the best photographer he ever wished for. He was happy at that time, but suddenly misfortune hit him. David's parents suddenly died in a plane crash, leaving him orphaned and all alone. He loved his parents deeply and cried at their burial, thinking that they will come back. David lost his confidence and is about to leave the academy to live a lonely and sad life. However, for Dean, the principal of the academy saw him and made an unexpected proposal to him. The principal said if he completed 8 tests by taking 8 special photograph shots in 8 different locations, then he's allowed to graduate in the academy. Unsure about this offer, David still accepted the test and did everything he could to pass.

Players must guide David through the given level attempting to photograph rare or exceptional occurrences which transpire around him, all the while evading obstacles that may injure him. As he take a successful shot of an unexpected situation, he is rewarded with extra film, increased speed and bigger camera lens. The player can only advance to the next stage if the required score is met. 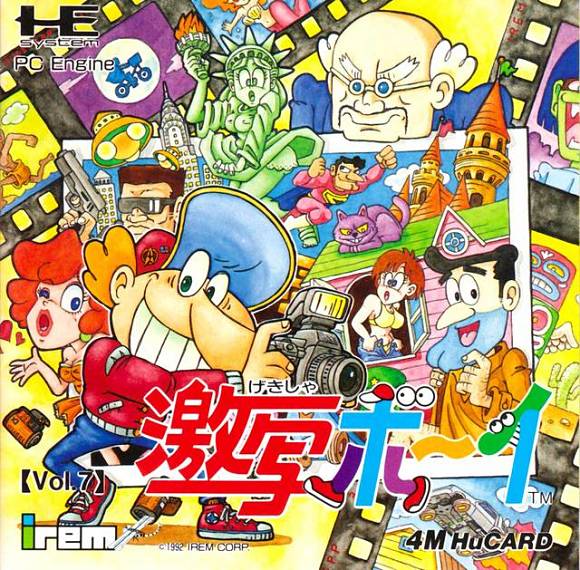