Pole Position is a Formula 1 racing game. Enter the Grand Prix, race against other racing cars to achieve the highest score possible in the shortest amount of time.

Qualifying will enable the player to start in one of the eight available positions. The faster the lap time was, the better the starting position in addition to bonus score points. The number one starting position, is the Pole Position. 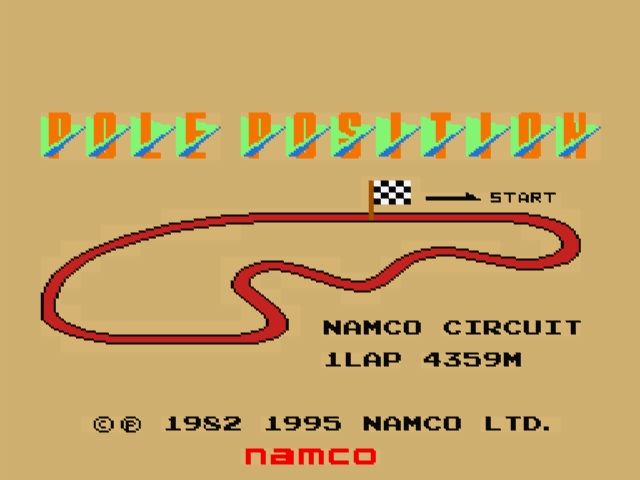