Focused on Gallia's Squad 422, aka "The Nameless," a vindicatory squad made up of thieves, deserters, war junkies, etc. The new story takes place in the fictional Europe in 1935, the same as the very first game of the franchise. The background is the same, but this time the story unfolds from a different stand point. At times, you will fight together with the "Squad 7" members, or see the cadets of the Royal Lanseal Academy in their younger days. If you are a Valkyria fan, you won' be able to take your eyes off the story full of such attractive characters. 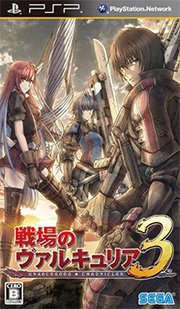