World of Goo is a physics-based puzzle game where players need to build constructions using balls of goo. The original concept is based on the prototype Tower of Goo Unlimited! by Kyle Gabler, one of the developers of this game, created for the Experimental Gameplay Project website.

Rather than a series of puzzles, the game presents the balls of goo as living creatures in a universe they set to explore. They need to find out about the power source of the world they live in and the true meaning behind the Goo Corporation. In most of the levels, the constructions need to reach a pipe that sucks the goo balls out of the level. To succeed, players need to bring over a certain amount of balls or do it within a limited amount of time. There are also OCDs (Obsessive Completion Distinction) where players can aim for secondary, much more difficult goals.

Each level brings entirely new challenges, based on gameplay, environment elements, art style and types of goo balls. Regular balls can be dragged and dropped with the mouse or wii remote to form cohesive connections, but only for a short distance. Because of the physics and the wobbly matter, a solid basis is required. Balls can be picked up and moved around to adapt the constructions. While buildings sometimes timebugs will appear. When clicked, they allow the player to go back in time for one move. The types of goo differ greatly in abilities, connections and response to physics. Some of the goo balls introduced gradually are ivy goo (attach and detach at will), albino goo (four connections), balloon goo (fly upwards), water goo, pokey goo, fuse goo, bone goo, and much more. In some levels, sleeping balls can be woken up to join the construction. Constructions not only bend, but can also be broken when gravity gets the upper hand. In later chapters, players acquire a whistle that can be used to lure all loose goo balls in a certain direction.

More of the world is revealed through cut-scenes and sequences during gameplay, always with a humourous nod. There are five main chapters with different levels that follow chronologically for one year in the world of goo. The environment is changed to reflect the season. Often, players will save more balls of goo than required. These are stored in the World of Goo Corporation, a separate level reminiscent of the original prototype the game is based on. There, players can use extra goo balls to build a construction as high as possible. With an online connection, it is possible to view the height of other players. In-game hints are provided through signs that can be clicked and contribute to the story.

The Wii port supports up to four players simultaneously in cooperative gameplay. The PC port is single-player only but features online leaderboards where players can compare their scores to one another. 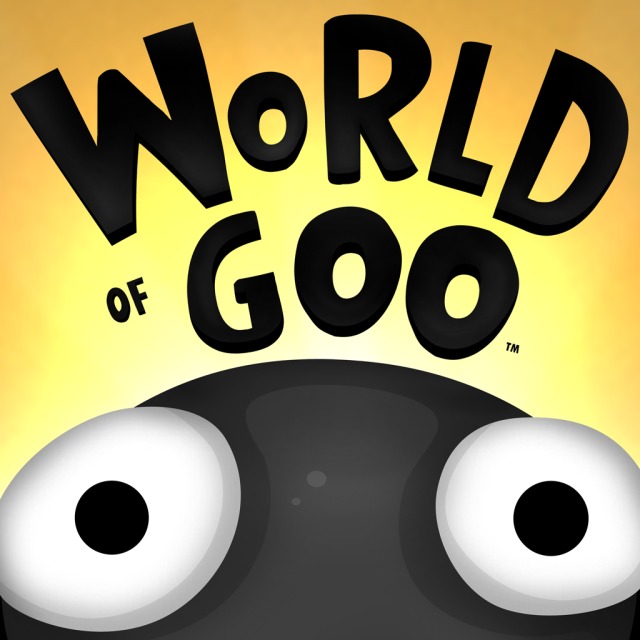