Danger in the first degree. Open on a sultry, rather unremarkable big-city afternoon. Focus on a sweaty, sort of sloppy small-time PI's office. The drowsy detective is rudely jerked back to consciousness by his telephone's nasty jangle: "Sam, you're a dead man." Seems things have suddenly gotten very personal. A definitely unsettling how-do-you-do. But who in the world could be the perpetrator? And why? "Sam, you're a dead man." There are 20 serious suspects. And, unfortunately for Sam, it seems each one wants to throw the first clump of dirt on his coffin. "Sam, you're a dead man." 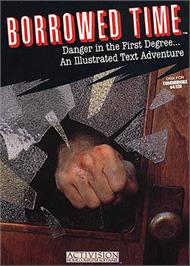