Rather than a straight port or an emulated title, this version of the 1993 Sonic CD game is a completely redone version for modern platforms and based on a fanmade Retro engine. The original version was released for the SEGA CD and later also ported to Windows. This version supports a whole host of more modern platforms as well as a complete re-release for the Windows platform.

Following the classic story of the original, Sonic CD sees Dr Eggman plan to cause chaos and take control of the future by stealing Time Stones from the Little Planet. Sonic must speed through levels and travel through time while fending off Eggman’s robots to recover the Time Stones, and save Amy Rose from his mechanical twin, Metal Sonic! 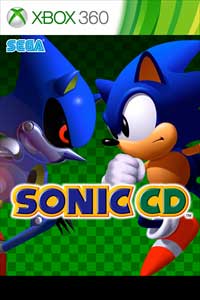