Dance:UK takes the standard 'bemani' formula - arrows appear rhythmically on screen and the player must hit the corresponding button (on either a dance mat peripheral or the standard controller) in time with these arrows and the music. Points are awarded for accuracy with extras for making certain 'combos' (mini-routines within a song which are deemed especially difficult or long).

The PS2 and XBOX version of the game have over thirty tracks (around 20 of which are famous/original) by artists including Misteeq, Run D.M.C, Liberty X, Sugababes, Room 5, Sophie Ellis Bextor, Chic, The Trammps, 5ive, Junior Senior, Las Ketchup and DJ Sammy, while the Playstation version has a reduced twenty song tracklist.

There are initially three difficulty levels, and the player can either practice one song at a time (in Jukebox mode) or enter the Dance:UK Championship, winning which will unlock a 'Dance Recorder' mode in which players can record their own dance routines. In multiplayer up to 8 players can compete in succession or 2 players can compete head-to-head.

A karaoke mode is also provided for use with a wireless microphone (sold separately) whilst 'Aerobic' Mode calculates the number of calories you've burnt during play. 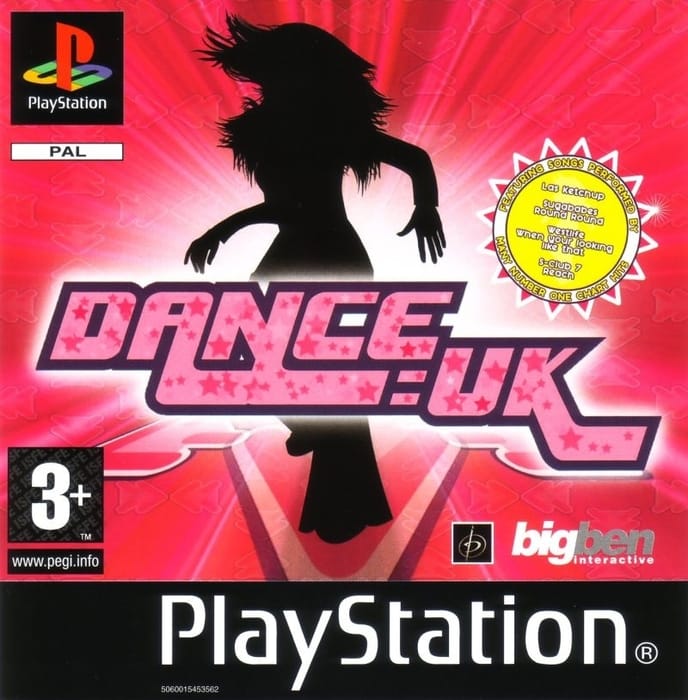