Grooverider is a slot-car inspired arcade racer aimed at the budget/casual market. In this game, you race against three other cars around a track inside different rooms of a luxury apartment.

There are three different difficulties, or voltages, each faster than the last. There is a selection of cars to race in: British classics, 70's cop show, stock cars, GT sports, Formula X and Japanese.

Although the racing is limited to fixed lanes that you switch between there are also roadblocks, ramps, splits, loops, merges, and power-ups along the track, and you can barge other cars off.

The game as both single-player and two-player split-screen modes, and some extra game modes such as cops-n-robbers, and time trial with ghost car. 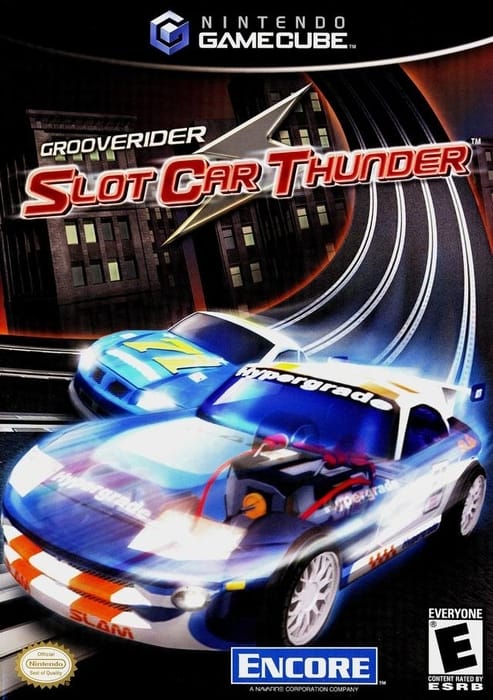