Magi Death Fight is a top-down action game. There are two game modes: a single-player/cooperative campaign and multiplayer deathmatch mode, supporting up to four players. The game takes place in an arena. Four different color balls of magic energy float around randomly in the arena, and can be picked up and fired at your foes. By holding down the fire button you can control how far the ball shoots. The balls do no damage until the end of their travel, at which point they explode, damaging whatever is beneath them.

You can pick up in total four balls of energy to orbit your character before you can pick up no more. If you collect all of one color, then this charges up your blast to be much more powerful than simply your regular fired ball. For example, a full four blue water magics will cause a stream of water to be released at the end of your shot, flowing down the screen from that point through all walls and obstacles and hitting everything underneath its path. If you collect one of each color, then this will cause you to release an 8-way explosion of regular shots careening randomly in every direction. There's also chests scattered randomly around the battlefield, and inside are various power-ups (as well as power-downs) that affect your character in various ways: speed boost, homing shots, guided shots, etc. 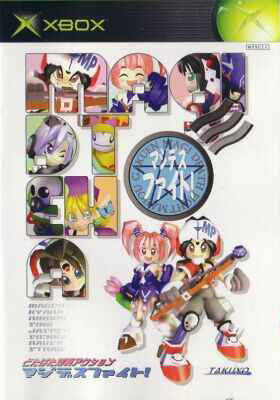