In the battle for world domination, the leaders of Giamel have begun producing Weapon Monsters, horrible biomechanical killing machines. The only ones with the power to produce such beings are the Gods of Magic, a group of sorcerers who have been captured and put into a trance so that their powers can be harvested for this end. However, the have started to awaken and now they are using these Weapon Monsters to wreak vengeance on those who kidnapped them. Their ultimate goal is the total destruction of the earth. You and your band of mercenaries are the only ones who can stop them.

Create a team by naming characters, assigning one of five classes, and changing their facial and body type as well the color of their equipment. You can create as many team-members as you wish, but only take five into battle. Journey into the ever-changing levels of the research facility, gaining weapons, armor, levels, and spells along the way to do battle against the Weapon Monsters, the Gods of Magic, and their minions and retake the facility.

Battles are fought in real-time turn-based combat similar to the Final Fantasy ATB style, but with a twist. Party members will perform assigned actions without any input until their actions are changed by the player. Several special classes can be unlocked by using special items and each class has weapons and spells unique to it. Also, if a party member falls in battle it is possible to add a new one by finding a fresh body in special preservation rooms scattered throughout the facility.

Each level of the facility is randomly generated and changes when you leave. This security measure cannot be overridden. Find items, weapons and armor in chests littered about the compound, but be warned that some chests have traps which must be disarmed first (if you don't want to suffer the consequences). There is a Weapon Monster lurking somewhere on each level which must be defeated in order to move on to the next level. Eventually you must battle the Gods of Magic and seal the Demon Lord up. 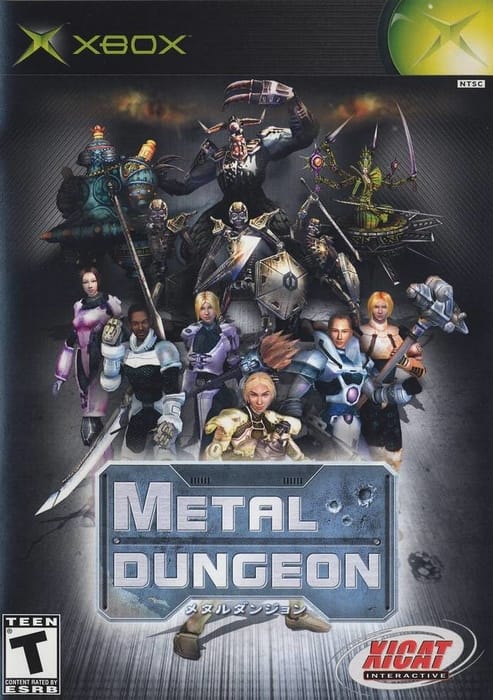