A millennium has passed since Alis defeated the ultimate evil in the first Phantasy Star. The planet Motavia of the Algol solar system is no longer the antlion-plagued desert: humans have constructed a sentient computer called "Mother Brain", which could regulate the climate of the planet, turning it into a thriving utopia. One night, a young Motavian government agent named Rolf awakens in his bed after having a nightmare. He sees a young girl fighting a demon, but he is unable to help her. Shortly afterwards, he learns that dangerous bio-monsters have broken free from the laboratories, and is sent there to retrieve a recorder that might contain valuable information about the terrible incident...

Like its predecessor, the game is a party-based Japanese RPG with randomly appearing enemies and turn-based combat. Eight characters can join the quest and can be swapped at will to participate in a combat party of four. Characters can equip a wide variety of weapons, including firearms; dual wielding is also possible. Various techniques which require "TP" (technique points, equivalent to magic points in comparable games) are learned by different characters at specific levels. Unlike the first game, Phantasy Star II utilizes the same top-down view for both navigation and dungeon exploration; the now-2D dungeons are notable for their complexity. 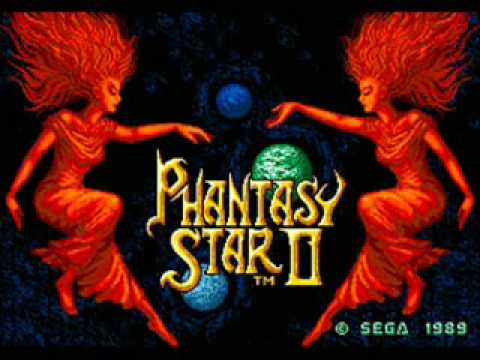