The Legend of Zelda: Ocarina of Time 3D

The Legend of Zelda: Ocarina of Time 3D is a graphically enhanced remake of the Nintendo 64 version. The game has undergone some major changes. The graphics update and the addition of 3D-effects is the biggest one. The touchscreen is now used to replace the old menu which required the player to push the start button, now the player can simply select an item by touching it on the screen. There is also the gyroscopic technology which allows the player to aim by moving the system, this makes it easier to use weapons like boomerangs and slingshots. The game also contains the Master Quest version and a new "boss challenge" mode. For the newcomers there is also a feature called "visions" that show the player how to complete certain tasks.

Story-wise the game has remained the same: Link is a young boy who lives in the Kokiri Forest, but is one day called to arms by the Deku Tree who tells him to leave the forest and find Princess Zelda. Link is told that he must stop the evil Ganondorf from taking over Hyrule. The game still has the same puzzles and the only change is that the Stone of Agony has been replaced by a "Shard of Agony" which does the same thing. The Master Quest is a version of the game with a mirrored world, new puzzles and stronger enemies, but was already released on the Nintendo Gamecube. 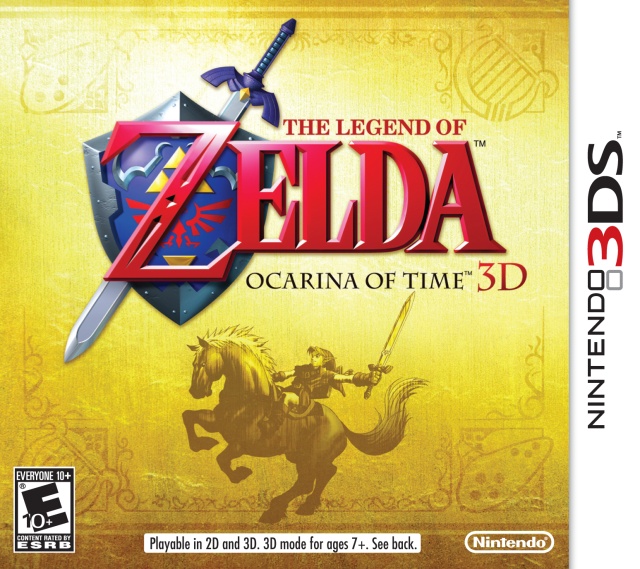