XIII-2 includes modified features from the previous game, including fast-paced combat and a customizable "Paradigm" system to control which abilities are used by the characters, and adds a new system that allows monsters to be captured and used in battle. It features a heavy time travel element, allowing the player to jump between different times at the same location or different places at the same time. Lightning, the protagonist of the original game, has disappeared into an unknown world. Her younger sister Serah Farron, a returning character, and a young man named Noel Kreiss, journey through time in an attempt to find Lightning. 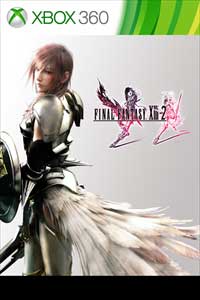