The world-famous exhilarating action game Bomberman! The first of the Bomberman series, Bomberman is a single-player game with a top down view and simplistic controls. In fact, in addition to movement, the player only has a single ability: placing bombs. Each bomb explodes into a cross-shaped blast (four directions) which can destroy either enemies or blocks. Power-ups may be found to increase the size of the blast, place additional bombs, increase the speed of the Bomberman or to walk through walls. The goal on each level is to destroy all enemies and escape through the exit before the time limit is up.

Explosive action spotlights this riveting game of split-second timing and really short fuses! Bomberman's back - this time with new power-up items that enhance this classic seek-and-destroy adventure! It's all-out fun for the whole family as you hunt monsters (or each other) in a non-stop bomb-dropping frenzy! The one-player mode has over 50 levels of intense gameplay! Find the right strategy and blow the mangy critters to smithereens! You can also take on one or two of your friends in heated competition to see who among you can earn the title of Supreme Bomberman! Secret Bonus Rounds add mega-points and extra lives to your score! Uncover hidden bonus items for super bombs and fantastic firepower! 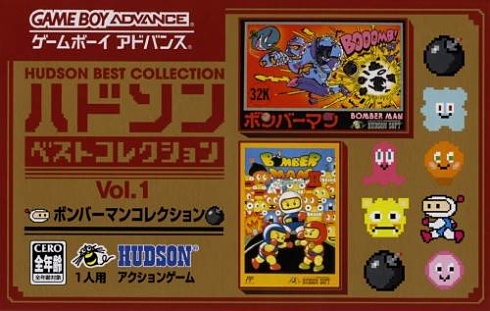