Gussun Oyoyo is a game that can be described as a cross between Tetris, Solomon's Key and Lemmings. The game is a conversion of the Irem's arcade machine from 1993.

The other games in the Gussun Oyoyo series which are featured on the Saturn and Super Famicom are all based on the same idea. Except for Gussun Paradise on PSone, which is much closer to single screen platformers like Bubble Bobble and Don Doko Don. The difference with other games that appear to be in the same category is that you can't control the character that walks around the screen (Gussun), instead you control falling blocks and occasionally falling bombs. This way you can shape the landscape and indirectly make Gussun go the way you want too.

The object of the game is to get Gussun to the goal of each level and in the process saving as many other baby Gussuns as possible, while grabbing as much items as he can for points. There are a variety of enemies, that can be dealt with in various ways. Gussun automatically runs from left to right and turns back whenever he bumps into an object which is at least twice his size. He can climb over blocks that are the same size as him. By dropping bombs you can destroy blocks that are in the way, but you have to watch out not to bomb Gussun. 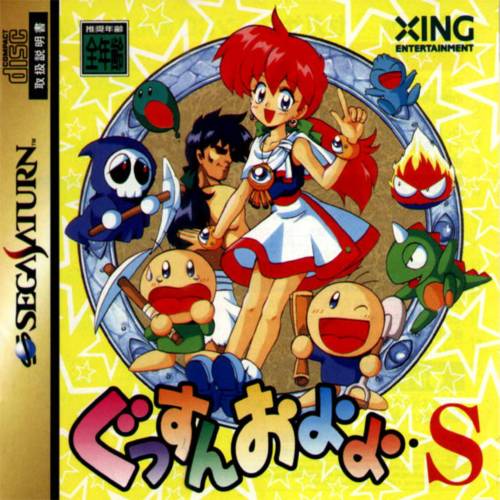