Treasure World is the world's largest treasure hunt with hundreds of millions of treasure spots around the world. Players use the Nintendo Wi-Fi Connection to find Wi-Fi signals, DS and Wii systems and other wireless signals to collect treasures. Each of these signals delivers one of thousands of new treasure collectibles. A vast amount of treasures await to be found, ranging from traditional scenery such as flowers, statues and tiki torches, to iconic landmarks like the Statue of Liberty and Big Ben, to holiday themed items like jack-o-lanterns and snow men. In addition, players can unlock new attire for their character and offer limitless possibilities for customization, including Panda, Feline, Ninja and Anime costumes. And along the way, players accumulate in-game currency to purchase additional treasures. 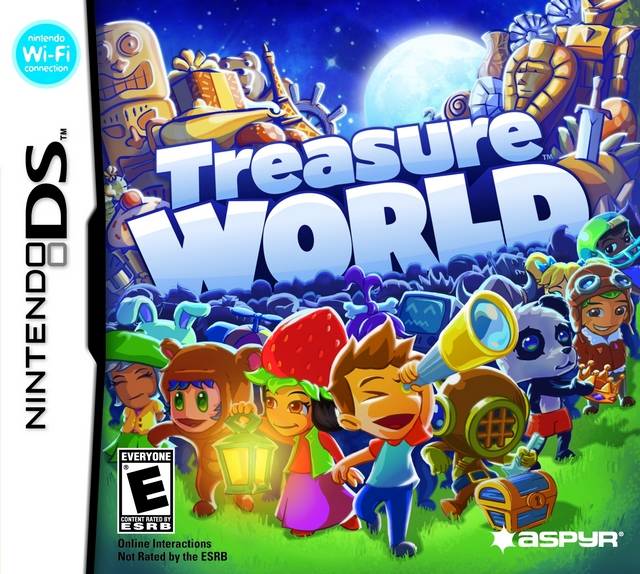