The game is based on the anime series Mars of Destruction. In year 2016, mankind finally reaches the planet Mars. They gather Martian artifacts, intending to bring them to the Earth for further study. But a malfunction causes their spaceship to explode shortly before landing in Japan, and the artifacts fall onto the Earth, releasing a terrible virus that makes people insane and violent. A special unit called AAST is assembled to fight the threat. The group consists of five beautiful girls, the captain, and the protagonist Takeru.

Hametsu no Mars is a Japanese-style adventure with action sequences. You'll battle against mutants in your protective suit, reacting quickly to the enemies' actions and attacking them with various degree of strength. Between battles you'll have enough time to talk to your lovely combatants, trying to make the right decisions and to conquer the affection of one of them. 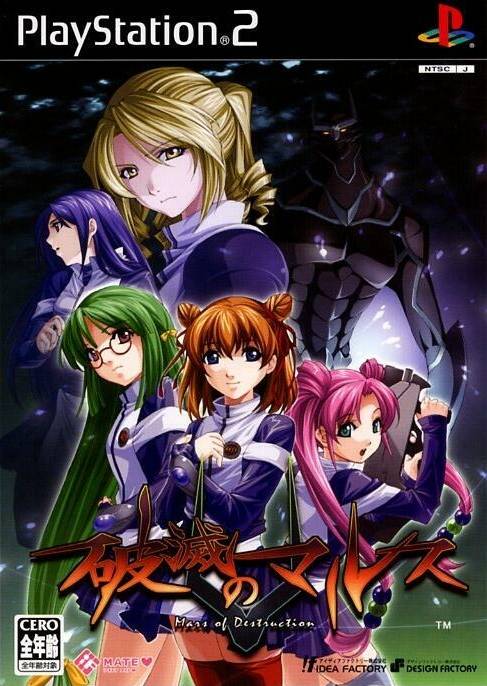