Darksiders II is an action-adventure-action role-playing.

Players take control of Death, one of the Four Horsemen of the Apocalypse. Core gameplay is a third-person hack and slash action-adventure game with role-playing elements. The game makes frequent use of interactive puzzle elements, requiring the player to think their way through a series of levers, doors, elevators, portals, etc. in order to traverse areas and reach objectives.

Maps are vast and each contain open world "overworld" regions that can be explored freely on foot or by horse, along with numerous dungeons where quest objectives are generally carried out. There are main and side quests, with main and side boss fights. 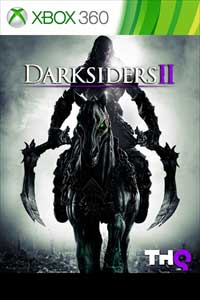