In The Space Ark, you play as captain of the Earth II Intergalactic Space Ark, whose mission is to capture alien creatures throughout the galaxy to protect them from the dreaded Mechanicals. Gameplay features a view of your spaceship from the captain's chair, with all the information coming via a small view port, which can be horizontally rotated. The player starts on Earth, but can hyperjump to different solar systems to find alien creatures. In space, the player comes under constant assault by alien saucers. A radar screen just below the view port allows tracking of objects in the vicinity. The ship can land on and explore alien worlds, where it comes under assault by hostile inhabitants.

The player's ship is armed with two MX/19 Super Quadra Lasers and a Arabex 2000 Capture Ray with Autolock Transport. Lasers can be used to blast alien and neutral vessels, but can also destroy animals meant for capture. The capture device will only work on animals found in space or on alien worlds. Damage to your ship is represented by cracking of the windshield, and when sufficiently damaged, the ship is lost. A hyperjump can be performed at any time to travel to a different system, but the player's ship will be immediately destroyed if jumping towards a planet. The player has a kill and a capture counter. A final score is tallied based upon creatures rescued. Gameplay ends when the ship has received sufficient damage to be destroyed. 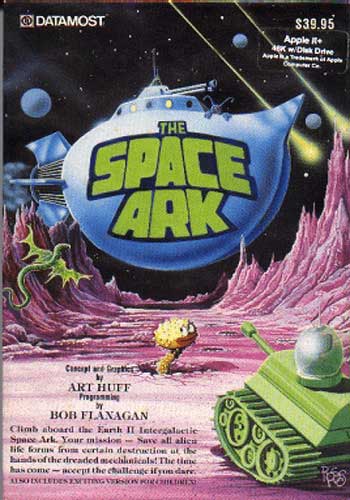