Lost Odyssey is a turn-based Japanese role-playing game, designed by Hironobu Sakaguchi, with dream segments written by novelist Kiyoshi Shigematsu. The player controls the immortal Kaim who has already lived for thousand years but lost his memory. He must explore world with his friends to remember everything and find who is behind his amnesia. The game features a lot of locations to explore, characters to talk to and various items to examine and use. As the player progresses through the game, the story unfolds through numerous cut-scenes.

Unlike contemporary JRPGs Lost Odyssey uses tried and tested game mechanics from earlier games - it has random encounters and battles at separate locations. The game combat system and character development are based on skill learning - mortal characters can only learn class-based skills from levelling up while immortal character can learn any skill from items and mortal characters, but need to equip skills in special slots. The game was shipped on 4 DVDs. 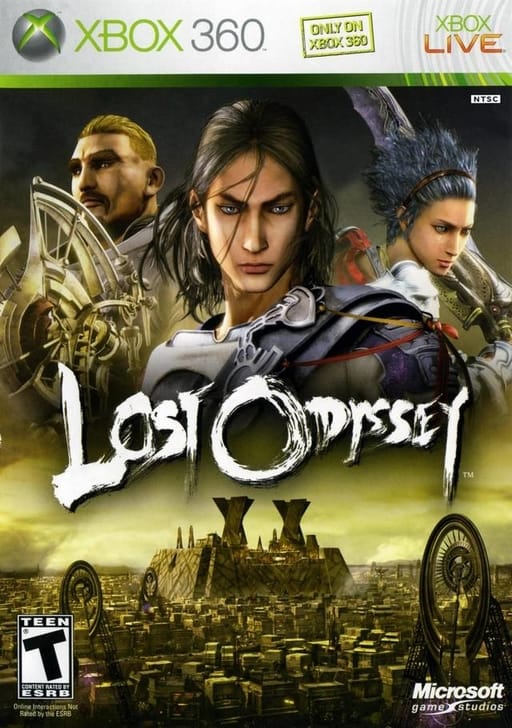