Castlevania: Symphony of the Night

As a descendant of Dracula, you must end the vampire bloodline. Can you rid the world of this unspeakable terror? Uncover the mystery of Castlevania and challenge an adventure as legendary as its name. Over 140 different enemies, bosses, and ghastly creatures. Awesome magical spells - transform into a bat, a wolf, or etheral mist. Hidden weapons, secrets, and characters...the largest Castlevania ever!

Castlevania: Symphony of the Night, is an action-adventure game developed and published by Konami in 1997. It is the 14th installment of the Castlevania series, the first installment released for the PlayStation, and a direct sequel to Castlevania: Rondo of Blood.

Symphony of the Night was an important milestone of the Castlevania series. It steered the series away from the standard level-by-level platforming formula of older titles and introduced a new style of open-ended gameplay mixed with RPG-like elements that would be emulated by most of its successors. A similar, earlier form of this type of gameplay existed in Castlevania II: Simon's Quest. The development of these features can be attributed to Koji Igarashi, the game's writer and one of the team's newest members. Igarashi, a noted fan of 2D games, was instrumental in refining the game's control scheme. His primary motivation for the abrupt design change was seeing dozens of Castlevania games in the "used" bargain bin in Japanese video game stores, as linear Castlevania games offered limited replay value after completion. He also established an official Castlevania canon, in an attempt to tie up several loose ends in the series' time line during Symphony of the Night. Other notable staff include character designer Ayami Kojima and composer Michiru Yamane. 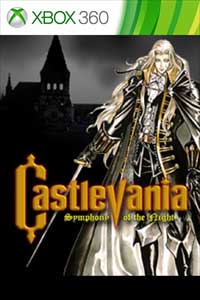