The Legend of Zelda: The Wind Waker / Metroid Prime

THE LEGEND OF ZELDA: THE WIND WAKER Legend has it that whenever evil has appeared, a hero named link has risen to defeat it. That legend continues on the surface of a great and mysterious sea as Link sets off on his most epic and awe-inspiring adventure yet. Aided by a magical conductor's baton called the Wind Waker, he will face unimaginable monsters, explore puzzling dungeons, and meet a cast of unforgettable characters as he searches for his kidnapped sister.

METROID PRIME Something sinister lurks in the depths of planet Tallon IV. Interstellar bounty hunter Samus Aran is the only one who can destroy the evil..but but first it must be found. 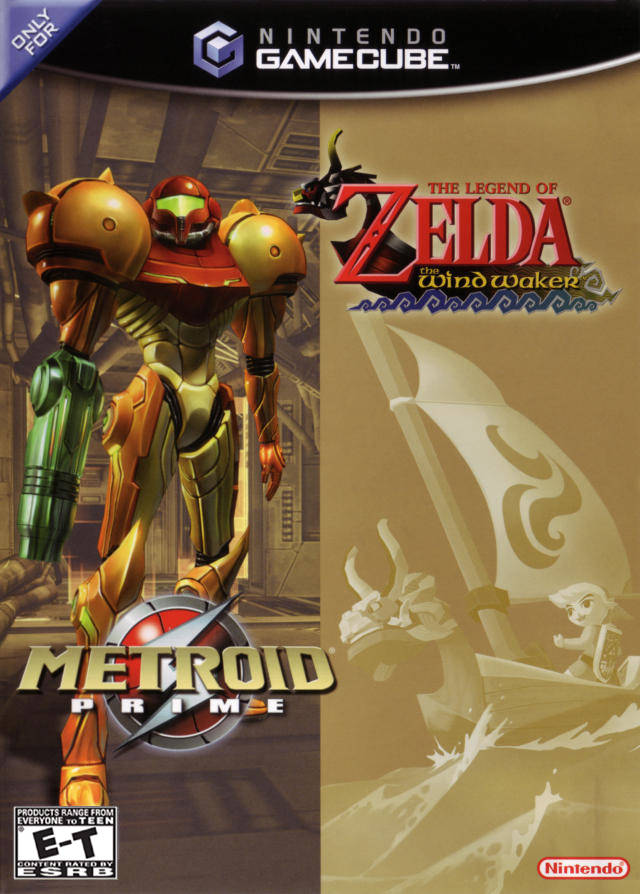