The success of the so-called first mission where the Special Forces Squad Peregrine Falcons saw battle has fallen down the memory hole, but new intel wends its way to the Government Forces. It seems the Special Strike Force "Phantom," led by the rebel army's Lt. Colonel Mcbarr, has begun a campaign of insurgency and has taken many Government Forces soldiers hostage. Subsequent to that, an even more shocking truth is revealed. The rebel army has made contact with aliens and is proceeding with the development of weapons employing unknown technology. The situation is now critical!! There's only one option left: lay siege to the enemy base single-handedly and rescue the hostages! 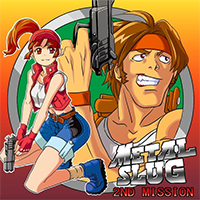