The defining challenge of the game lies in controlling the momentum of the racing craft by using rear jet-boosters to grind and thrust off track boundaries, resulting in increased acceleration. Unlike other contemporary racing games, there are no weapons or damage meters; players must maintain a single minded effort to beat opponents to the finishing line. 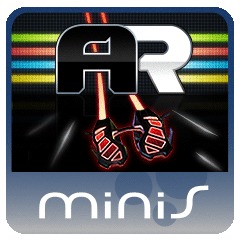