Another year, another martial arts tournament at Ryōran Private Girl's Academy, and once again, the best students from each club gather for a fighting tournament. All ten characters from Asuka 120% Special return in this update, along with the previously secret character Shinobu.

The actual fighting remains relatively unchanged from last year's release, but the story mode is now deeper. Between matches, you can move around the campus, talking to the other students and getting into fights. The game also once again features the regular versus mode for one or two players. New this time around is a training mode for practicing moves and combos. 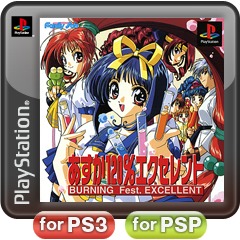