The Idolmaster: Gravure for You! - Vol. 3

Gravure For You! is a sub-series of THE iDOLM@STER series. Instead of producing the idols, the focus of the game is photoshoots. The player takes pictures of the idols posing in various outfits on different backgrounds. Each volume was released bundled with Blu-Ray releases of episodes of THE iDOLM@STER anime series. Each game features songs from previous games, plus a new remix. Each available idol has their own song, with the featured idol getting the new remix.

In Vol. 3, the idol focus is on Yukiho Hagiwara, and the new remix is "YUKIHO WhiteMix." The locations are Winter Street Corner and Seaside, and the outfits are Winter Casual and Vivid Bikini. 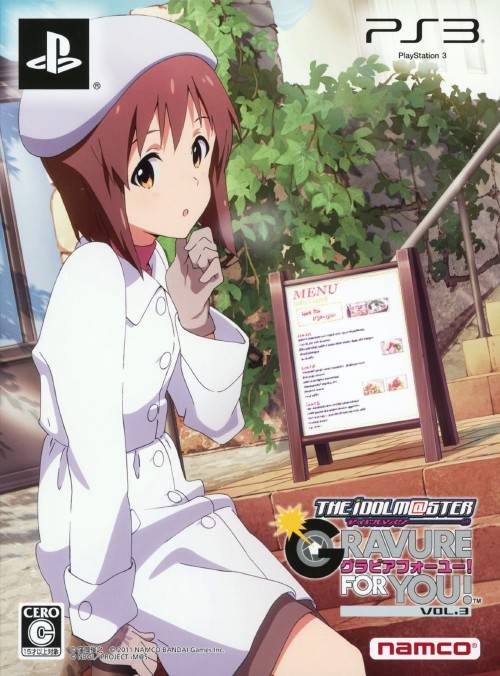