The Idolmaster: Gravure for You! - Vol. 7

Gravure For You! is a sub-series of THE iDOLM@STER series. Instead of producing the idols, the focus of the game is photoshoots. The player takes pictures of the idols posing in various outfits on different backgrounds. Each volume was released bundled with Blu-Ray releases of episodes of THE iDOLM@STER anime series. Each game features songs from previous games, plus a new remix. Each available idol has their own song, with the featured idol getting the new remix.

In Vol. 7, the idol focus is on Hibiki Ganaha, and the new remix is "HIBIKI TurquoiseBlueMIX." The locations are Live House and Seaside, the outfits are Rough Time School and Exercise Wear NEO, and the accessory is the optional Heartbreak Glasses. A special idol is also featured, in this case Ai Hidaka, who can only wear Exercise Wear NEO and sings the background music. 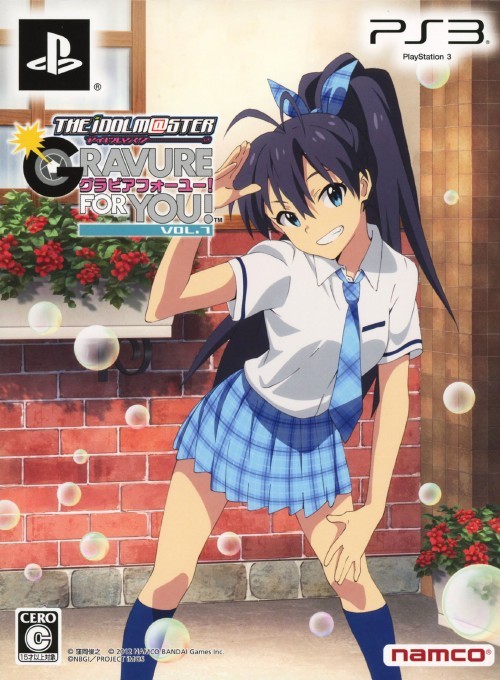