There's a lot more to football than X's and O's. You haven't really experienced football until you've been down on the field, with an outside linebacker headed straight for you and nobody blocking him. There's a word for that experience - the word is pain. You haven't felt the real excitement of football until you've run the perfect pass pattern, broken free near the end zone, and caught the winning touchdown pass. There's a reward for that kind of performance - the reward is victory! You haven't seen real computer football until you've seen GFL Championship Football. It has what no other computer football program has: in-the-helmet perspective to put you down on the field, where the action is! Which is where you want to be if you're looking for real football. X's and O's were never like this! 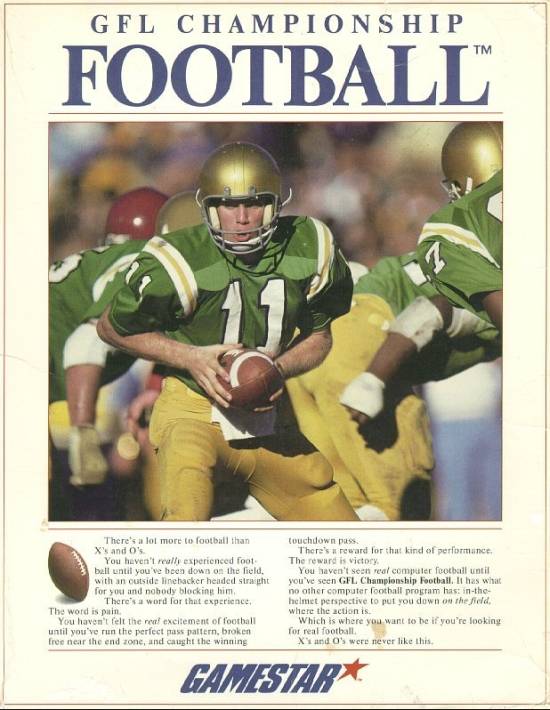