Up to four players take turns moving around the board, encountering events that either increase or decrease their current status. They must travel through childhood and various schools before they encounter adult problems like university and finding work. The player who earns the most money at the end is deemed the winner. 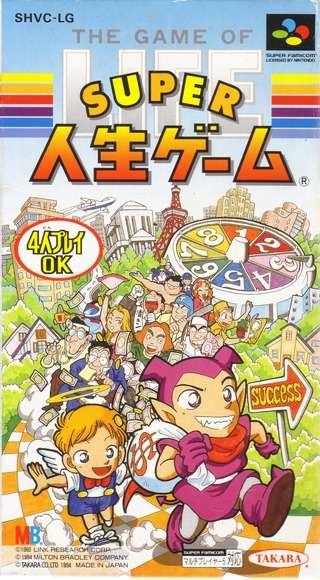