Seijuu Maden Beasts & Blades is an isometric RPG for the Super Famicom. The game uses a tactical turn-based combat system, with characters and enemies moving across a grid-like map to line up attacks and perform other actions. The player-named protagonist collects allies as he travels the world, exploring dungeons and speaking to NPCs in towns to further the plot.

The inspiration for Seijuu Maden was taken from a reader's letters contest to create an idea for a video game hosted by Dengeki Super Famicom, a popular Japanese gaming magazine that focused on the titular system and is now published under the name of Dengeki Nintendo. 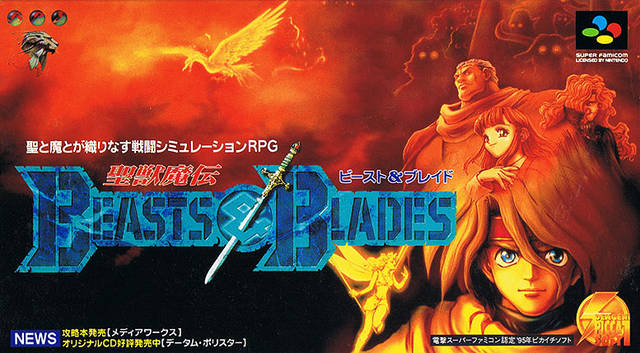