Hit, run, dive, jump, catch and throw. Pitch for the strikeout record and swing for the fences! Play baseball against the Lynx or take on a friend. Four different games with super graphics!

Baseball Heroes is a baseball simulation where you can choose from four fictional teams to play either a friendly match or a league. There are also two other game mode: One puts you up against a ball-throwing machine and you have to hit as many balls as possible over a wall, the other one lets you compete with another player playing either defense or having to hit the ball. The game switches positions if the defending player catches a certain amount of balls. There are five different perspectives available during a match. 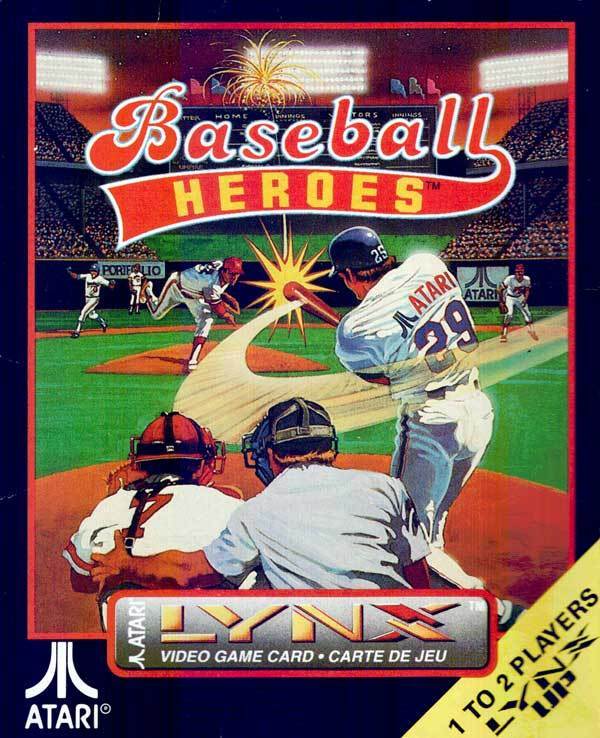