Enter the comical world of Robin Harris' Bebe's Kids! Join Kahlil, LaShawn, and Pee Wee on an adventure like no other. Someone has taken over Fun World, and it's up to Bebe's Kid's to make things right. Strange happenings at the amusement park require investigating by a couple of tough kids. Kahlil, with his amazing spin-tuck, and LaShawn with her devastating cartwheels are ready for anything!

They better be! Animatronic robots and security guards are looking for the feisty kids. Kahlil and LaShawn have to make their way past these android threats to the Underground headquarters of the master robot in the final battle for the freedom of Fun World! 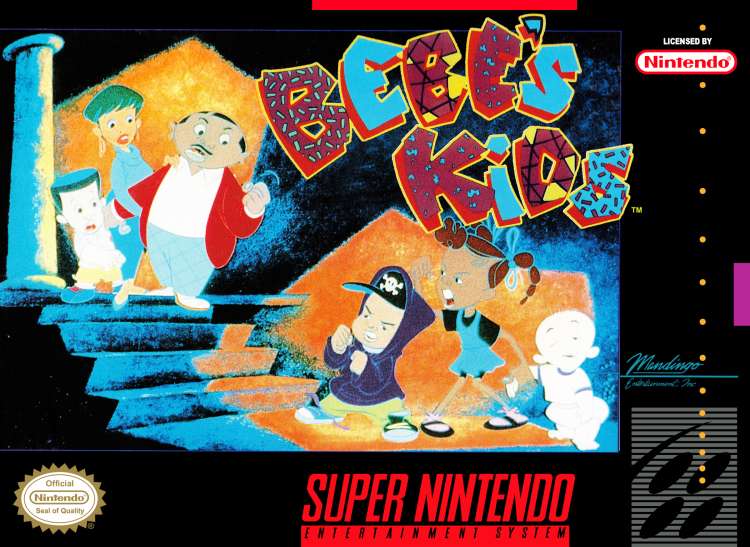