Community Pom begins when a farmer comes rushing into town, huffing and puffing, and tells the villagers that he has been attacked by a large watermelon. The villagers laugh at him, then the screen scrolls to the home of the game heroine.

Her grandpa tells her that she's the only hope for the village. After that she leaves the house.

In this obscure Japanese RPG, you take on the role as Luru, a girl who has to save the world from destruction. The fighting system is a mix of Zelda and Alundra. In battle, you can call on Poms, small weird creatures that will help you in battle if you attack them. They can support you, or they can attack your enemy. Their attacks also depend on how much they like you so you have to stay friends with them. These poms also have their own village that you have to build and govern, a bit like sim city. Graphically, it looks very colorful but a bit old. Replay value is little, there aren’t many side quests. 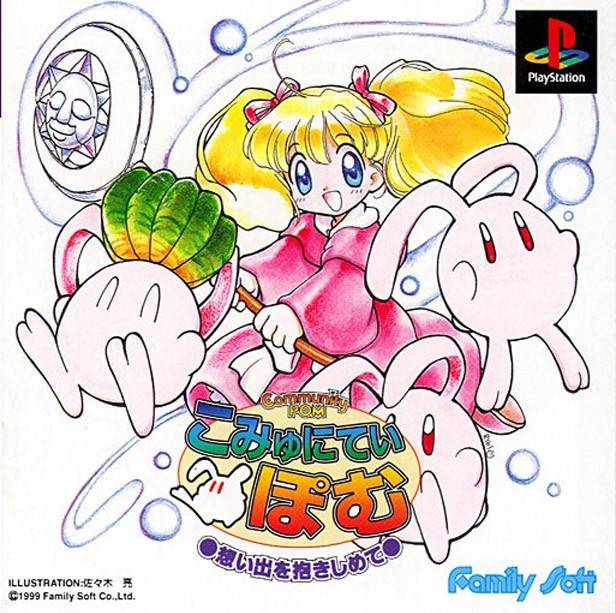