Samurai Shodown V Special is a re-release of the base game, which was the first game in the main series not developed by SNK, but designed by Yuki Enterprise instead. A few problems were corrected in this release, along with the addition of some new features.

There is no storyline for this version, just the fights. Next to the gameplay of the base game, this release adds the possibility to kill your opponent (fatalities), along with hidden Zetsumei Ougi moves for each character, providing an instant kill when connected. The weapon damage is based on a green Sword Gauge, which depletes when many weapon moves are used in succession, and then regenerates. Other special moves are based on rage with a Rage Gauge, and Rage Explosion for invincible attacks. Players can also choose the opposite strategy. By meditating, the Concentration One gauge can be used to slow down the opponent's moves or perform Fatal Slashes.

The amount of backgrounds has been reduced, but the game now includes more original ones. 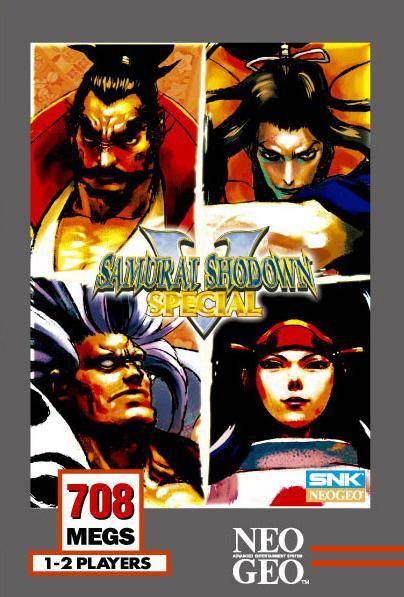