Jack-in! Rockman Exe!! Challenge the darkness hidden in the net!

The "Rockman" series is celebrating its 15th year since it was released on the Famicom in 1987. "Rockman Exe", the latest work in the "Rockman" series, which is also being broadcast on TV, is finally coming to WonderSwan.

The game is an action game that progresses with two characters, Rockman and Atsuto. When Atsuto syncs with Rockman, you can use powerful battle chips, but in the middle of each stage, (Rockman and Atsuto's) there are a number of viruses and traps blocking their path. The game will progress as Atsuto and Rockman help each other, such as Rockman disengaging the viruses and traps that block Atsuto's ability to jack-in, and Atsuto releasing the traps that block Rockman's path.

There are normal routes and hidden routes on the map, and when the sync gauge is filled to maximum, information is sent from Atsuto to Rockman, then confirmed by Rockman, so that full-syncro can be done. When you completely conquer a closed route, a new route is unlocked! 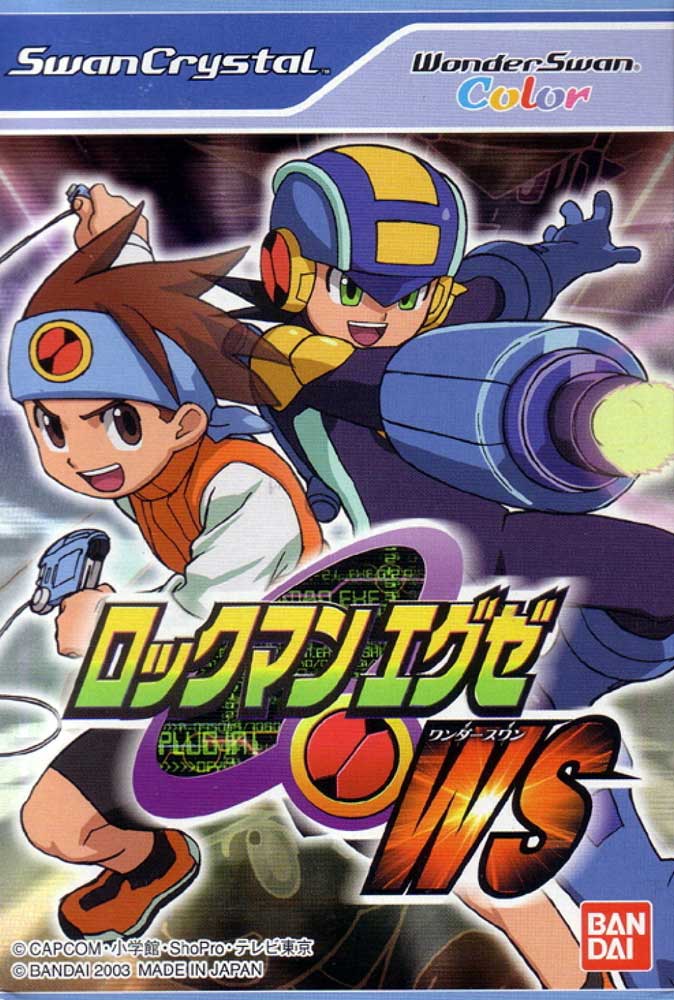