In this expansion the player takes the role of a Replica soldier named Foxtrot 813. The player is guided by Paxton Fettel, the antagonist of the original game to turn on his fellow Replica and try to reach the epicentre of the nuclear explosion triggered by the F.E.A.R. Point Man's failed attempt to contain Alma. Alma however, is striving to stop the player, sending her ghostly creations against him. 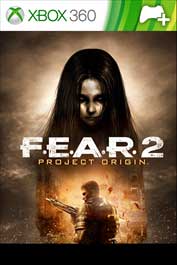