Gameplay is similar to Crash Bandicoot. The levels alternate between a 2D and a 3D perspective. The story focuses on Donald Duck and his quest to save Daisy Duck from the evil magician Merlock. 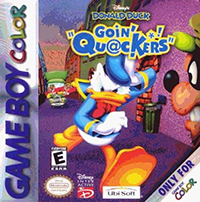