Double Dragon II for the Game Boy is not a port of the arcade sequel. It is instead a re-skinned version of Nekketsu Kōha Kunio-kun: Bangai Rantōhen, with general gameplay and level design kept, but character and background graphics as well as music completely changed to fit the Double Dragon series.

The Double Dragons - Billy and Jimmy Lee - are back to avenge the loss of Marion! In their quest to defeat the evil Shadow Warriors, the martial arts duo are challenged in 9 incredible missions, facing ruthless street gangs, nunchaku-toting ninja and giant mutant warriors! The non-stop action winds its way through construction sites, alleyways and underwater hideouts complete with secret elevator shafts, spiked ceilings and razor-sharp mechanical claws! And in a bonus mission, never before seen, the duo's worst fear becomes reality as they fight the ultimate battle between good and evil. A battle where not only their lives are at stake, but the fate of the entire world! 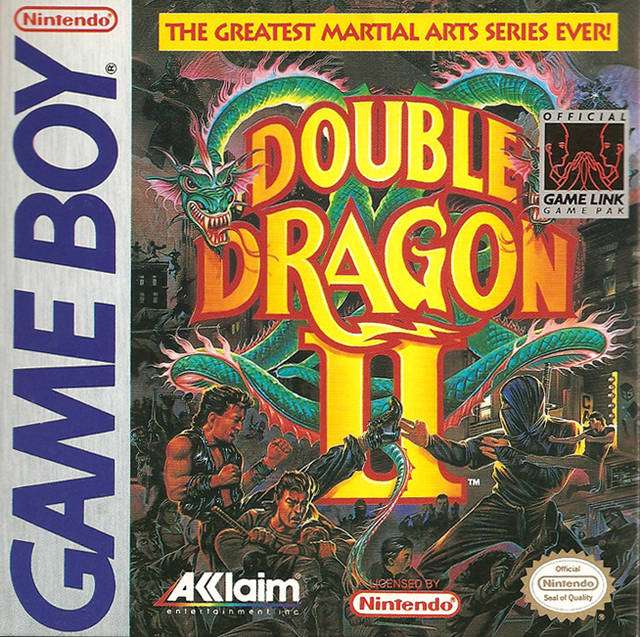