Your father has been killed by a Ninja spirit who has escaped in the shape of a wolf. Your search for vengeance plunges you into a supernatural world of evil! The terrible forces of the Dark Side attack you from all directions! Unleash your incredible weapons against Hanzo the Fiend and the Two-Axed Ogre. Call on the mystical power of your Alter Egos...shadow figures of your own avenging spirit who fight by your side! You will find the vengeance you seek...or your own destruction!

A ninja-based action game that has the player leading Moonlight through numerous enemy-riddled levels on a quest to exact revenge against his father's murderer. To accomplish this task Moonlight is armed with a katana, shurikens, bombs, and a sickle and chain weapon. Each weapon offers its own advantages and must be used at certain times to overcome specific obstacles or opponents.

The game's coin-op origins are evident in the fact that that the home versions do not have passwords or saves. To compensate for this, however, adjustable difficulty settings were added. 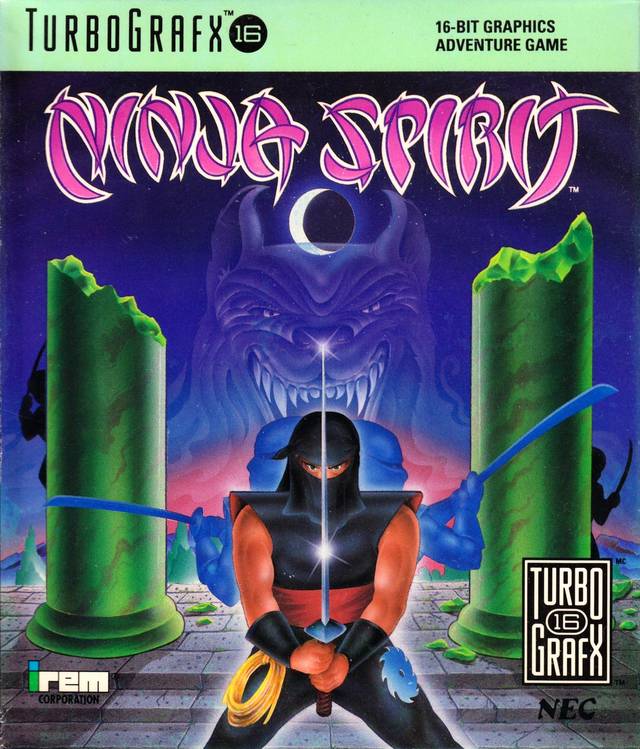