At first glance, 10-year-old Ben looks like your average, everyday kid, but upon closer inspection it's plain to see he's the world's youngest action hero stopping evildoers from Earth and space! With the help of the Omnitrix, Ben can transform into heroic alien forms with extraordinary powers. The evil Vilgax, with the help of Kevin 11 and the Forever Knights, has set in motion a plan to capture the Omnitrix and the world is in danger¿Ben 10: Protector of Earth is an exciting game full of familiar characters on a quest to stop Vilgax and save the day!

An inter-dimensional crisis threatens Earth and Ben Tennyson has had his alien powers stolen. As Ben and his family set out to recapture the source of his abilities, they encounter otherworldly armies and uncover plans to suck Earth into the Null Void. Join the Tennyson's adventure across the United States to recover the lost pieces of the Omnitrix. 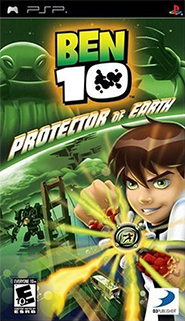