Another action/sports title in the Nekketsu High game series. Nekketsu Street Basket is exactly what it sounds like: a tournament of two-on-two "street" basketball matches all across the US featuring the characters of the Nekketsu High series.

The game uses the same base engine and graphics as the other games in the series, featuring super-deformed sprites moving across a side-scrolling stage trying to defeat the opposing team. You can pass the ball, shoot it, and attempt super dunks for added points. As with other Nekketsu games you can choose to play foul and beat the hell out of your opponents with your bare hands or any weapon you can find in the stages, and there are many other rule-bending features such as double and triple hoops that score extra points. 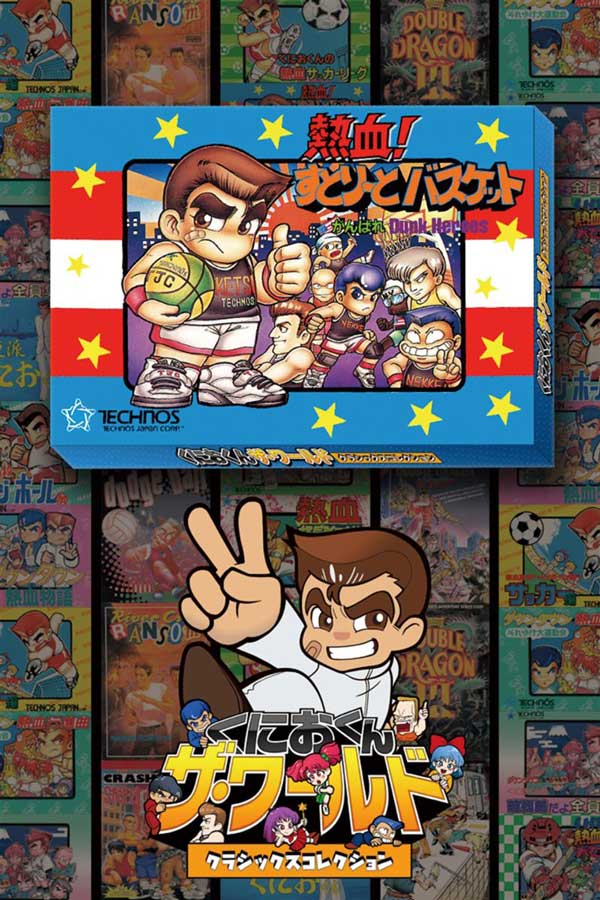