Running Battle is a brawler-type beat'em up game where the player has to beat up waves and waves of thugs. The story is about a city taken over by the sinister "M." and his "Soldiers of Darkness". You control a policeman called Grey who sets out alone to destroy the gang and avenge the murder of his partner Brody.

Unlike most games of the genre, the player can only move left and right, not up and down. The gameplay is very basic. The character's movements involve only punching, jumping, ducking and jump-kicking. A number of items, which appear in the levels, can be found. These include health regain, temporary boosts in strength and several types of firearms.

The game has five levels, each of them divided into sections and ending with a boss fight. The sections can be crossed completely without taking out a single enemy, only to leave the player is required to beat the enemies currently on screen. Unlike most beat'em ups, Running Battle is an exclusively single-player game. 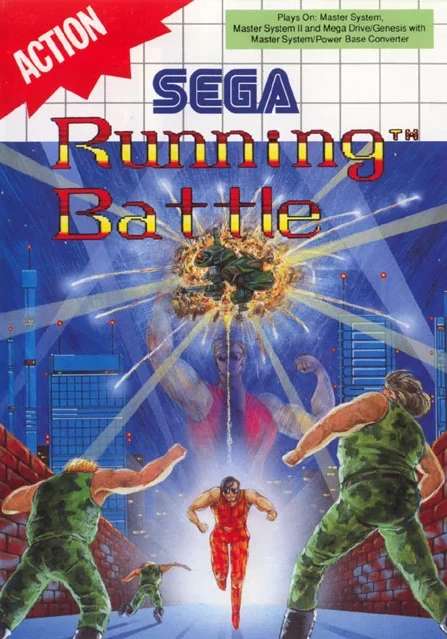