Ever wanted to play in the big leagues? Now is your chance. Step up to the plate with Sega's Reggie Jackson Baseball. It's so real you'll be grabbing for the hotdogs as you hammer 'em out of the ball park! Play against the computer or with a friend. Take your pick of twenty-six American or National City teams. You can choose a mini two-out-of-three tournament, go for the Series or test your batting skills in the Home Run contest. Reggie Jackson Baseball gives you the power to select your pitchers and pitches, to bat high and low, to lead off or try to steal your way around the bases. Is there a man leading off on second? fake a pitch and catch him off base. Move fast and snatch a ground ball from the infield for a double play! When the game is over, you'll get tips from Reggie himself. Go far enough and win the Series! It's baseball action like you've never seen before, only from Sega. 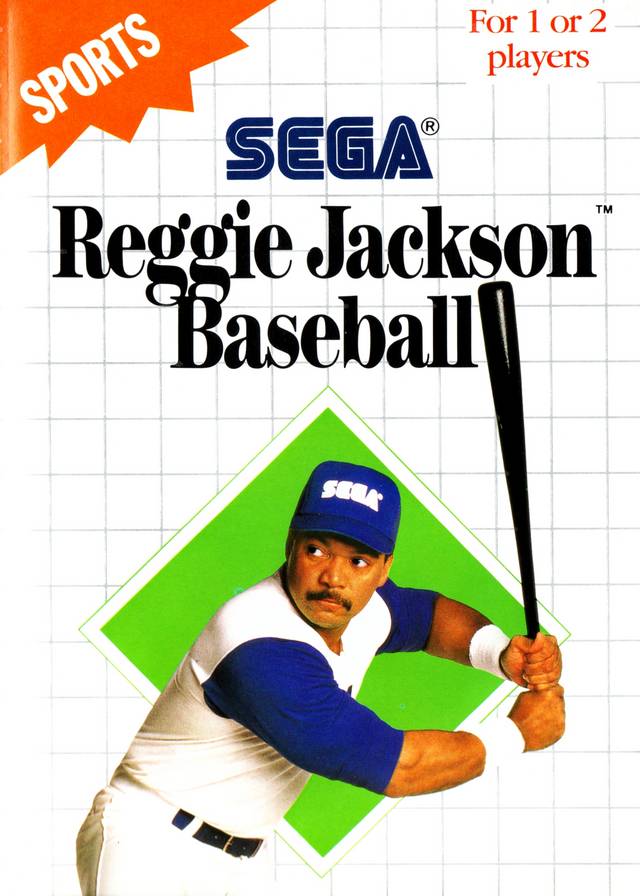