Humanity, at the brink of destruction, is locked in a never-ending struggle with the fearsome Shades. This groundbreaking RPG delivers innovative gameplay and spellbinding action. 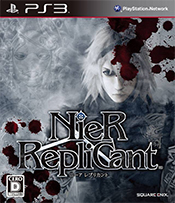