Leon Kennedy and Claire Redfield return in this thrilling co-op arcade shooter that relives classic moments from Resident Evil 2 and more. Battle the undead with a friend as you enter a horrific world in which the lines between good and evil are blurred and where the ultimate fight begins with your dark side.

Resident Evil: The Darkside Chronicles is the sequel to Capcom's highly successful, million-selling Wii title, Resident Evil: The Umbrella Chronicles. A rail shooter with an included two-player co-op play option, The Darkside Chronicles is set within a new compelling story which sees the return of series favorites Leon Kennedy and Claire Redfield to the fray in new and classic levels. The game also contains customizable weapons, a wealth of collectibles and a dynamic difficulty feature that automatically adjusts to players' abilities, which together ensure a fun, yet challenging Resident Evil gaming experience, regardless of skill level.

New Enemies and Familiar Faces Unlike the evil enemies you fought against in the previous story, in Resident Evil: The Darkside Chronicles, players will fight against the characters' own inner demons, adding a whole new level of terror. Balancing this out, two of the most popular characters of the overall series and heroes of the beloved Resident Evil 2, Leon Kennedy and Claire Redfield, make their return. As unconventional heroes, the two start out the game as ordinary individuals who are thrown into terrorizing situations where their own fear is their biggest enemy. Featuring a brand new storyline that will fill in missing pieces of the "Chronicles" series, Resident Evil: The Darkside Chronicles leads players into a horrific world where the lines between good and evil are blurred and the fight begins with your dark side.

Rail Shooter Action with New Features The game's arcade, rail shooter gameplay, first featured in Resident Evil:The Umbrella Chronicles, in which players follow a set path through the game, has been radically upgraded in Resident Evil: The Darkside Chronicles. Along with this, the game contains a horde of new features, including the major additions of a sub-screen which allows for weapon configuration and use of recovery items regardless of time progression, and a new system that allows players to modify the difficulty level according to their playing skills that brings accessibility and fun to both the hardcore and casual gamer alike.

Coop Gameplay Continuing in the survival horror tradition, Resident Evil: The Darkside Chronicles increases the thrills and chills with an enhanced two-player co-op mode in which players will be able to follow their partners on the same screen. Their conversations and interactions have also been improved to create a more intense co-op experience.

More Frightening Than Ever A more terrifying experience than ever before, Resident Evil: The Darkside Chronicles combines a shaky and realistic handheld camera experience with an eerie soundtrack and creepy sound effects utilizing state-of-the-art technology. 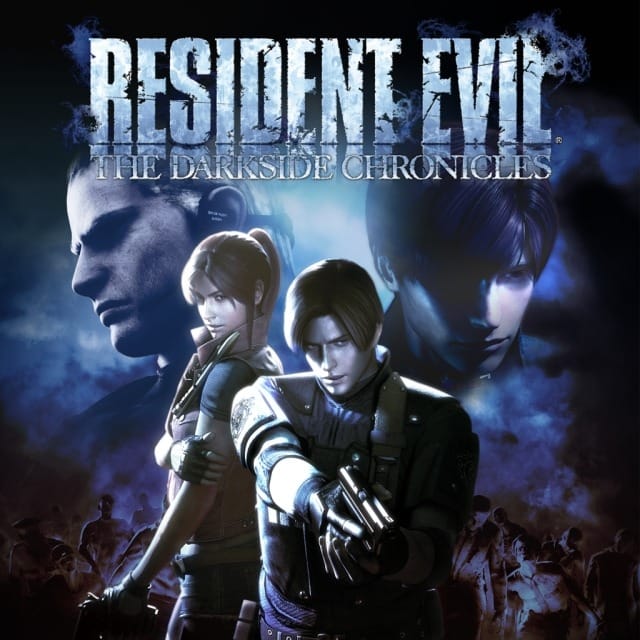