"Mutant Night" is an action game released by UPL in 1987. Players will control a mysterious character named "Mutron-kun" who will power up using various methods such as becoming a giant or creating body-doubles in order to defeat the enemies. This title is one of the remarkable works among the UPL titles that contains a wondrous world view and characters which are also its most prominent features. 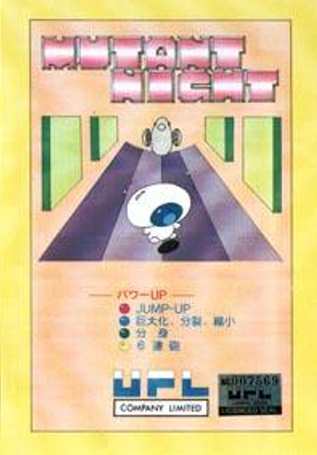