Catmaze is a fairy metroidvania inspired by Slavic myths. Age-old tales will come to life in the unforgettable adventure of Alesta, a sorceress whose courage guides her through mysterious paths and dark forests in search of the lost road to Nav, the world of the dead.

Cats have always been the link between the world of Yav and the world of Nav, and for this knowledge they were awarded nine lives. What will it cost for one of them - Cat Bayn - to make an exception and change the balance just once on behalf of the young sorceress Alesta’s mother? Mysterious creatures from Slavic myths carefully keep their secrets in the magical forests and dense thickets that have become home to boggart, kikimora, anchutkas and mermaids. In the whirlwind of the adventure, their secrets will be revealed, hidden paths will become visible and the road between worlds will be intertwined.

● Ancient tales come to life in a large open labyrinth of gloomy marshes, Slavic villages and centuries-old forests; ● To help Alesta in fierce battles with the dangerous mythical beasts come the summoned creatures – familiars who have served the sorcerers from time immemorial. Choose from a variety of familiars with unique abilities; ● The world is filled with characters whose destinies are in your hands - the completion of many side quests will determine how this adventure will end; ● Respect for all traditions of the metroidvania genre allows you to return back in search of secret paths and acquire new skills. The danger of the adventure is emphasized by the possibility of saving only in certain places; ● Fascinating battles with bosses, who have come from Slavic tales and tell us their unique history; ● Elements of role-playing games, allowing you to customize the characteristics of Alesta to your individual style of playing. 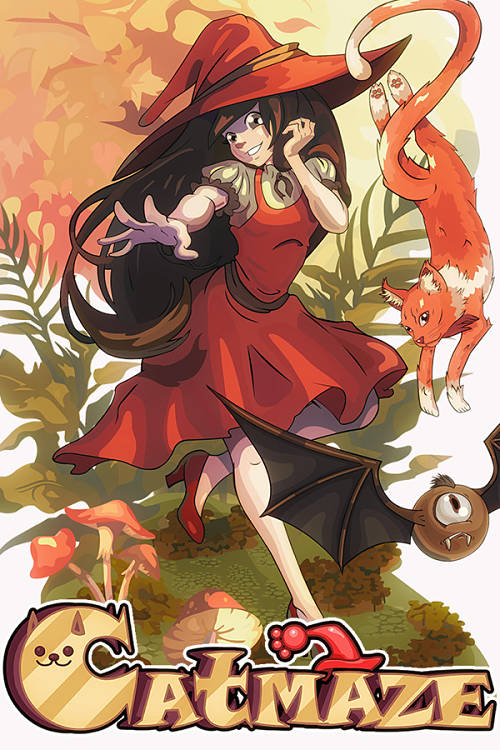