I'm on Observation Duty is a series of popular "spot the difference" -type of horror games. In I'm on Observation Duty 4 the players job is to monitor live surveillance camera footage and spot anomalies in the monitored rooms. You can swap between different camera-views. An anomaly means that for example something (e.g. a piece of furniture) has moved, an extra object has appeared or something has disappeared. There's also intruders and ghosts! When you notice something is different in any of the monitored rooms you have to file a report by choosing the right location and type of the anomaly to fix it. Anoamalies appear at random so the player never knows what is going to hapen next. Too many active and unreported anomalies means game over. Goal is to survive long enough (from 00:00 to 06:00 in game time). You will need sharp eyes and good memory to survive the entire night. The game contains psychological horror that mainly comes from making the player paranoid about what has changed in the house. There are also some scary monsters that might appear.

I'm on Observation Duty 4 is the sequel that everyone wanted and deserved. Observation Duty goes back to its roots. Cameras are back. Colors are gone. New anomalies, new intruders, new houses! Same familiar gameplay. Scarier than ever. 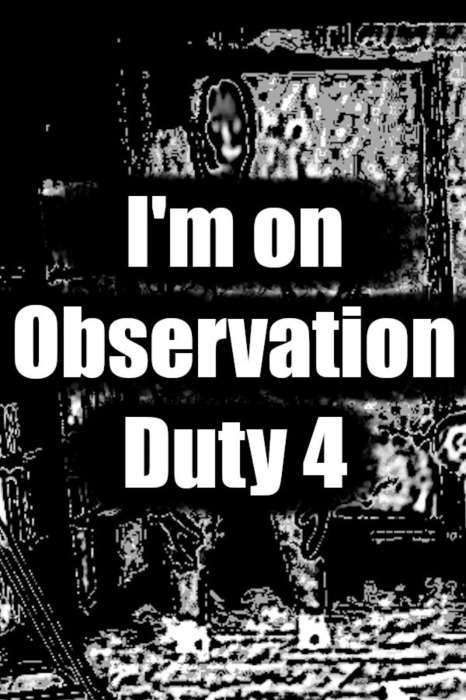