Night Striker is a third-person shooter reminiscent of Space Harrier. Laser optics expert Dr. Lindvery Maska and his daughter have been kidnapped by a terrorist group, and Dick Dagras, head of the Special Service Agency, is mobilizing a group of elite soldiers experienced in the use of special armored flying cars, in order to rescue Dr. Maska and destroy this terrorist group. 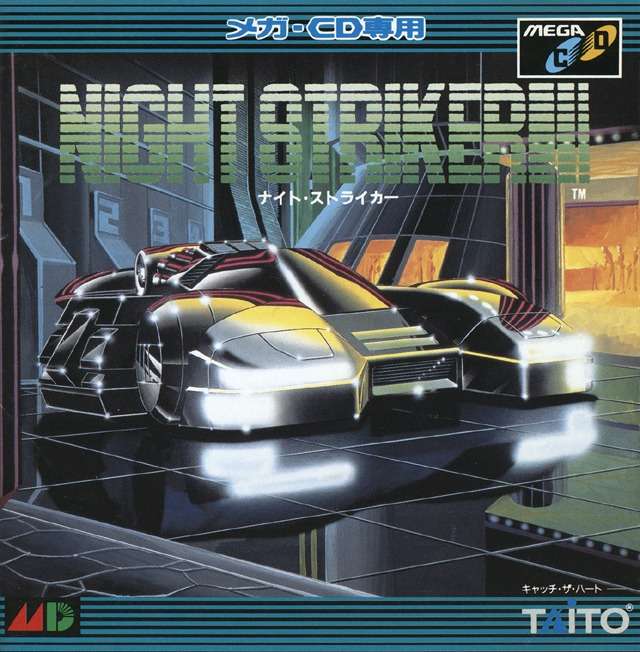