Mappy the mouse had a son named Happy. Happy has grown up and now wants to settle down with a wife. However, the girl he wants to marry won't agree to marriage until Happy can prove that he can provide for a family. So now it's up to Happy to collect a small fortune so he can please his would be spouse. Of course, the boss cat Nyamco and his legion of mukies stand in the way of making this an easy endeavor.

The game is a basic sidescrolling platformer. Happy can defeat his enemies by kicking them. He can also perform a jump, and while he's up in the air, he can spin his tail so he can glide in the air for a short period of time, which is useful for clearing large chasms. Littered throughout the levels are treasure boxes and coins which earn money for Happy, which in turn can be spent on items for domestic living. On the other hand, every time Happy is hit by an enemy, he loses some money, though a money bag will appear allowing Happy to recollect some of the lost money. 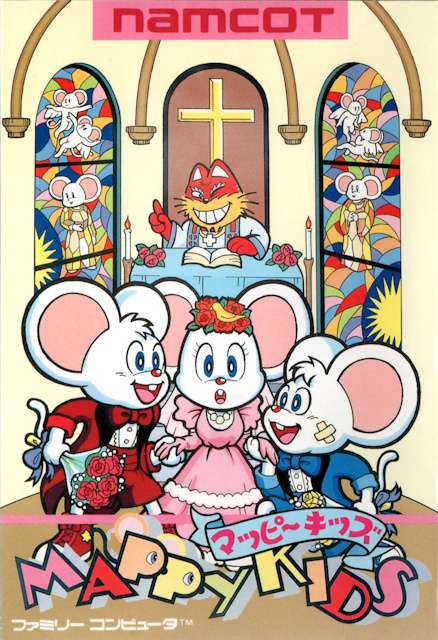